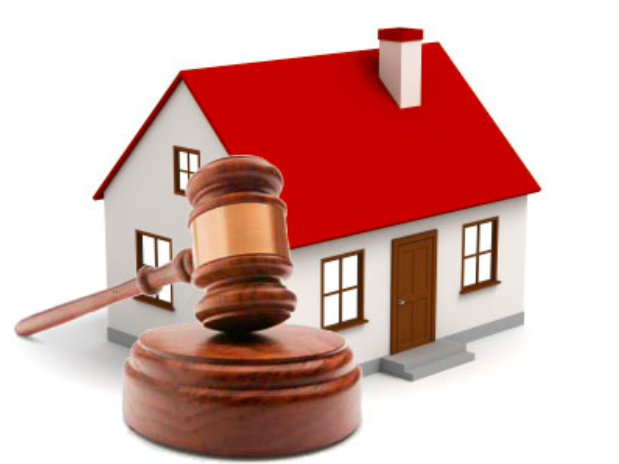 Various recent reports highlight the deepening mortgage foreclosure crisis in Puerto Rico. According to The New York Times, approximately one third of the 425,000 homeowners in the island have delinquent mortgages of which 90,000 have fallen into this category after the passing of hurricane Maria. The crisis has gotten to the point that a moratorium on mortgage loan foreclosures has been declared for Puerto Rico until March 2018 with effect over Federally guaranteed loans such as FHA, Freddie Mac or Fannie Mae, which total around 117,000. Nonetheless, the mortgage loans guaranteed by these federal programs don’t even represent half of the total. To understand the degree of the crisis, it is important to remember that the mortgage delinquency rate in Puerto Rico hovers around 35%, and is double that of already high average in the USA.

This past July, from the pages of Abayarde Rojo we denounced the growing campaign between banks and hedge funds such as Goldman Sachs, TPG Capital and others, in full coordination with the government, to remove vulnerable families from their homes and then sell the repossessed properties for enormous profits. These vultures adopt a combination of two strategies to profit off the ever more precarious situation in which people find themselves. First, they acquire delinquent mortgages at fire sale prices after which they combine those mortgages with other mortgage bonds and convert them into special bonds, with high yields and low maturities, that are sold on the secondary markets. In a growing number of cases, these banks or hedge funds contract mortgage servicing companies, which dedicate themselves to carrying out various dirty tactics, to evict property owners and repossess their asset.

A recent report in The Intercept highlights the notorious case of TPG Capital, whose executives are the principal investors in Rushmore Loan Management Services, the second biggest repossessing entity in Puerto Rico next to Banco Popular. Not even the passing of Maria served to stop these vultures from presenting motions for foreclosure in court, as noted in the recent cases of Ernesto Santiago Guzman, Elias Rivera Rivera and Carlos Gonzalez Luna. Among the tactics employed by this as well as other companies to take possession of homes, we find the so called service by publication. Under this scheme, owners are “notified” of their delinquency through a newspaper advertisement, and when they don’t show up in court the judge is petitioned to rule against them, a request that is granted in most cases. Another ever more popular tactic is that of the so called dual tracking in which a temporary agreement is negotiated with the owner on one hand, while on the other a foreclosure process is initiated behind the owner’s back. The tendency in all these schemes has been to use federal courts, where all proceedings and documents are in English, to the disadvantage of many Puerto Ricans of poor or proletarian extraction.

This crisis is not limited to families with delinquent mortgages. Precisely because of the demographic composition of Puerto Rican society, with its high percentage of old age and poor residents, there has been a proliferation of schemes to rip off these segments of the population, even when they have paid off their homes. In this sense, it is important to note the publicity given to reverse mortgages by subsidiaries of big private capital firms. Such is the case of Finance of America Reverse, a subsidiary of the Blackstone Group. This entity takes advantage of vulnerable people for whom the insufficiency if not the complete nonexistence of their retirement benefits or health insurance coverage is a major preoccupation by marketing them these financial products as supposed tranquility.

A reverse mortgage is a loan generally given to people 62 years of age or older who borrow against the equity (acquired value) that has accumulated on their property. The loan is paid after the passing away of the resident, or when he or she decides to move out of the property. There are well documented histories of abuse against elderly people that take out these types of loans, which do not exempt the borrower from a series of fees, property taxes, etc., particularly in the cases in which they die and their partner survives them. It is estimated that there are actually 10,000 reverse mortgages in Puerto Rico. In a growing number of these cases, repossessions are taking place due to the borrower’s incapacity to pay taxes or other fees, or as a consequence of an uninformed widow.

As we pointed out in our July note:

“Capitalism’s particular logic breeds a situation in which an increasing number of families face housing insecurity, if not the absolute lack of housing, while a small minority hoards various residences that serve as luxury vacation homes or speculative assets, which remain unoccupied until market conditions make them profitable for sale. This ‘logic’ reaches its most perverse expression when financial vultures take advantage of family difficulties to keep up with mortgage payments into opportunities to extract profits. In the final analysis, this growing tendency to convert working class family mortgages into titles represents just another means by which capitalists, in strict collaboration with governments, carry out the looting of the masses.”

Maria has worsened an already precarious housing situation for thousands of working families and elderly people who have broken a sweat throughout their lives to buy their humble homes. For those that survived the hurricane in Puerto Rico, the loss of wages in addition to other means for making their living, or even just the delay in making a mortgage payment during these months, represent significant aggravating circumstances.

In face of this situation, we repeat our call for the political reorganization of the working class. To resolve housing problems, capitalist solutions don’t serve the majority. More than ever, the great problems faced by society today demand socialist solutions.