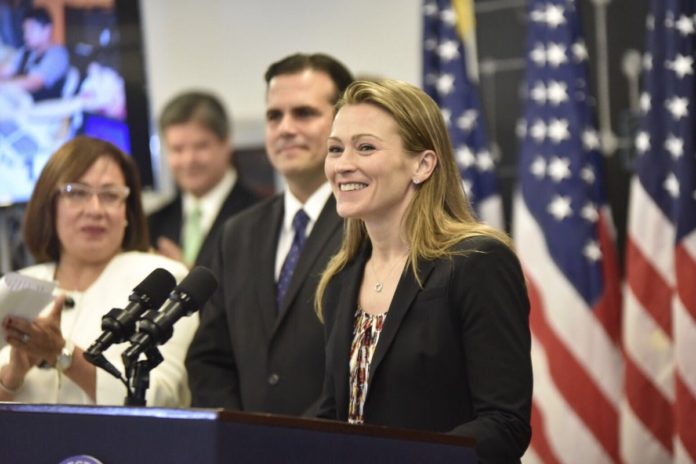 While the country is sunk in an economic and administrative chaos, the agents of Wall Street have continued to work in stealth to push their parasitic plan to further rein in on their exploitation over the working masses. The situation of crisis in the territory provoked by hurricane Maria has given the Department of Education (DE) the perfect excuse to take giant leaps ahead on its plan of destroying public education. Notwithstanding all opposition generated in the communities, supersecretary Julia Keleher has continued to implement her plan for school closures, which will reach 300 campuses for the present academic year. Even with her “celebrity” status amongst bourgeois media, and her disguise as a “public servant”, she is serving the function of representing sectors of the capitalist class that deviate funds from public education to spheres of speculative capital.

Today, the new plan that will replace the infamous No Child Left Behind (NCLB) with the system of Local Eduactive Agencies (LEA) was made public. This new system establishes the total decentralization of the DE and its actual model of 7 Educational Regions and 28 Districts, with the scope of “creating a more agile system that caters to the needs of students” substituting the old model with autonomous entities that can directly receive federal funds. Notorious are the innumerable problems and obstacles faced by teachers and other school staff when it comes to purchases and other diligences needed for the daily operation of schools are notorious. So now, “decentralization” is supposed to improve the functioning of the system, and that problems will be resolved directly, bypassing all layers of bureaucracy, right? “Yeah, sure…”

What do LEA consist of?

These new autonomous entities will function as corporations that directly administer federal funds, which will be granted under the condition that they do not present objections to charter schools. These funds will be directed towards the contracting of private enterprises which will operate schools converted into charter schools, with close ties to hedge funds. With the high level of poverty in the territory, the LEA will be conformed in their majority by low income communities that, with the goal of keeping their schools from closing and to receive funds for their sustainment, will not oppose resistance to the implementation of charters.

At the same time, these regions will be administered by boards composed of different private corporations disguised as nonprofits and NGOs. These boards will oversee elaborating budgets, contracting staff (transitional, of course) and services, purchase materials, amongst other functions that will be delegated from the DE upon the new law’s implementation. The most important aspect is that now budget allocations will not come through the DE, but directly to these boards entrenched in the regions, eliminating the existent and already poor accountability practices and opening the door to the looters.

As part of the administrative personnel that will oversee this new operation, the DE has been celebrating workshops in the past months through their Leadership Academy. Under the new philosophy of “school management”, this staff will start conforming their work groups through the newly created instances. Even so, with the rise of these new instances there will be no reduction in the layers of bureaucracy for aspects of day to day problem resolution in schools, but merely the substitution of an immovable scum of governmental bureaucrats for a new breed of educational corporation managers on a regional level. Their primary function will be to assure the efficiency in the deviation of public funds to private enterprises. This whole system will be regulated by the new federal law: the Every Student Succeeds Act (ESSA)

What does ESSA consist of?

Basically, it gives coherence to the decentralization plan for the public educational system, giving authority to States (and territories) to establish their attainment goals inside the parameters established by the federal government. One of its most outstanding aspects is that, even though it maintains the administration of annual educational attainment testing, it allows for States to use other tests, besides their own state testing. This will open the door for private companies like Pearson to continue profiting off the sale of new tests that measure the supposed progress that will be brought by charter schools. In fact, in the USA its implementation has not evidenced any advances in academic attainment, and has instead only represented an increase in racial and class segregation. In the same way, ESSA does not provide for the option to ‘opt out’, or the option for parents to not send their kids in for testing without facing reprisals from the state. Even though it leaves open the possibility for states to approve their own ‘opt out’ laws, recognizing the different struggles in the USA where there are already laws of this kind.

Contrary to the NCLB law, it does not make “Common Core Standards” mandatory, which created general goals that all districts had to comply with, and left states with the discretion to create them.

It also broadens the criteria for evaluating the progress of schools beyond academic factors included in the tests (results in English and Math), amongst them college readiness, school climate and safety, and chronic absenteeism. Besides that, it doesn’t state any penalties for schools that don’t meet their goals, but rather these schools will receive additional funding for their betterment. Here we see again the venomous pill that will have the effect of provoking an accelerated deterioration in the quality of the education because in a model operated by private enterprises, poor results will be incentivized to cause an increase in the availability of funds.

Nowhere does the law specify which will be the labor arrangement with faculty and other school community staff, and that added to the DE’s vision of “school management”, only demonstrates that it is on a path to establishing new contractual and labor relations characteristic to the private sector. In other words, that means significant reductions in benefits like sick days, and the elimination of tenured positions, substituted by temporary contracting. As for the rest, faculty are already suffering highly oppressive working conditions like workdays longer than 8 hours, inadequate facilities, groups with more than 25 students, and a looted pension system.

It is of note that Aida Diaz, president of the teachers’ “exclusive representative” has been close to Keleher recently, and has not said a word on this situation, that certainly puts the flow of union dues at risk. It is not yet clear what this ladies’ complicity consists of at this moment, but it seems that she already negotiated this reduction in dues in exchange that the multimillion dollar enterprise called Asociación de Maestros be granted the opportunity to administer one of these new regions, or at least a couple of schools, so they can continue accumulating capital on the backs of teachers. We will see on the development of these events.

This plan represents the refinement of previous public fund looting schemes that will have very negative repercussions over our children and youth, over working conditions for teachers and principally in communities where these schools are located. It is in tune with the plan of the Trump Administration to deteriorate the quality of, and to make public education ever less accessible for the working masses. We already saw the criminal irresponsibility of the DE’s leadership with their forced school closures to create an artificial crisis, without considering the role that all these schools play in alleviating the ever more acute effects of poverty and margination of our children. In the same fashion, this insensibility should be the trigger for all those components of school communities to prepare for the struggle, now that this club of crooks has demonstrated that they won’t hesitate to run over whoever gets in their way of implementing these nefarious plans.

As a counterpart this crisis reaffirmed, in a very limited fashion because of its spontaneous character, the capacity of the masses to take the reins of the issues that affect them and put themselves on the road to solutions that benefit them. Imagine what we, the working class, could obtain with the support of the masses, if we were able to develop struggles in an organized fashion. The possibilities would be infinite. Nonetheless, to obtain those changes that satisfy our necessities and aspirations can only be done through the independent political organization for the overthrow bourgeois power and reorganize society over socialist principles.